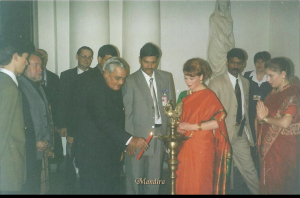 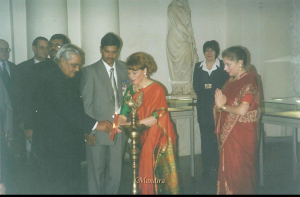 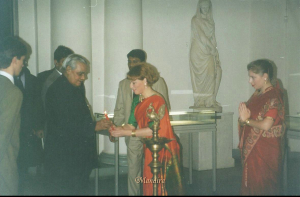 Mandira is a member of diligation for the meeting of the Prime Minister of India in the Russian Goverment Museum, Saint - Petersburg, Russia

Mandira and Consul General of the Republic of India in St. Petersburg - Arun Sharma with his wife. 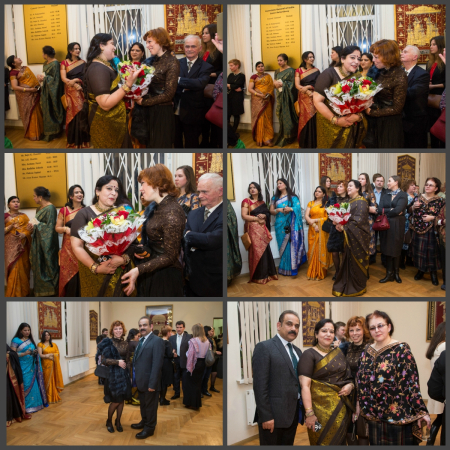 Reception at the Indian Consulate in Saint - Petersburg

Mandira and Consul General of the Republic of India  in Saint - Petersburg, mr. Arun Sharma с  with his wife 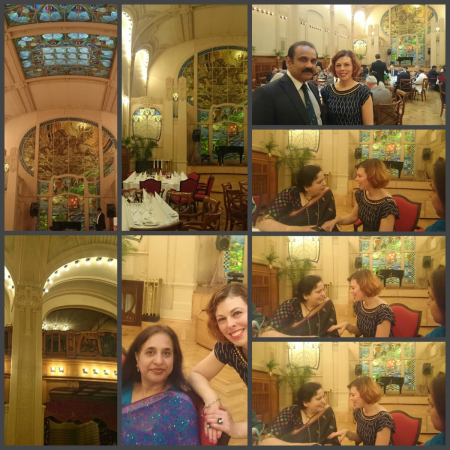 Reception at the Hotel Europe on Independence Day of the Republic of India, Saint - Petersburg, Russia. 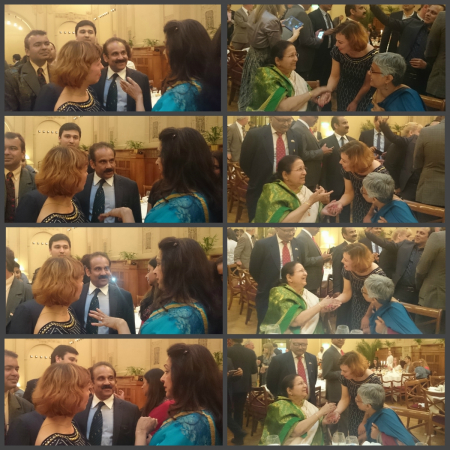 On the photo: left side: Indian movie star Hema Malini, in a personal conversation with Mandira, praised her skill in Bharat Natyam level and expressed her wishes to develop her Bharat Natyam school, calling it "a treasure of world culture".

On the photo right side: Sumitra Mahayan, speaker of the lower house of parliament. She was sincerely glad to have a personal acquaintance with the head of the Natya Academy.

A sincere conversation touched the hearts of both women: Sumitra recalled her childhood dance classes, Mandira spoke about research work, participation in expeditions, and pilgrimage to the holy places of India, thanks to which she was able to better understand the spirit and tradition of dance. "This meeting filled my heart with amazing warmth. I felt that all love of India was transmitted to me ..." (Mandira) 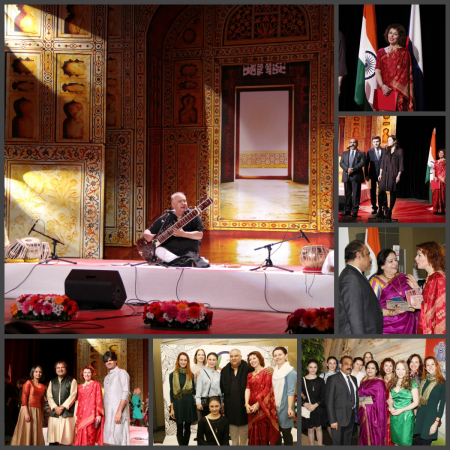 Mandira at the State Chapel, St. Petersburg.Interview for Indian news 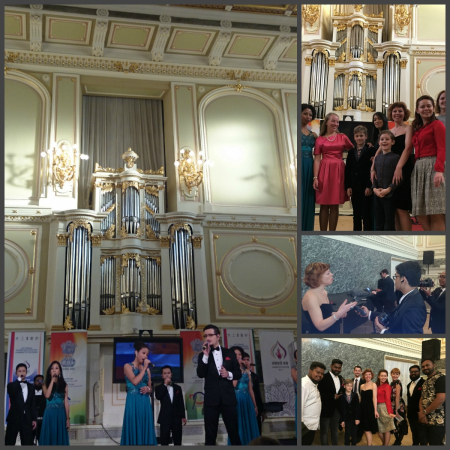 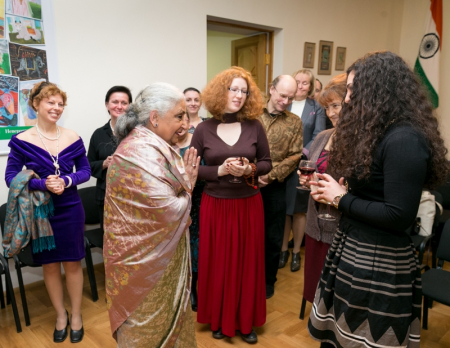 Mandira at the gala dinner in honor of Ms. Chandresh Kumari Katoch, Culture Minister of India during her visit to St. Petersburg

Mandira and Head of the Tourist Department of Rajasthan, Ms.Punita Singh 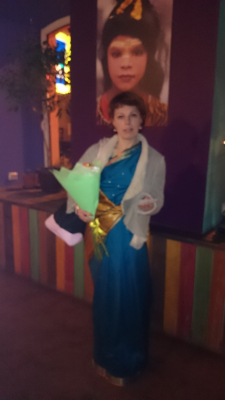 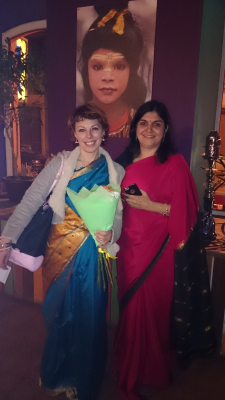 Mandira with family  of  Radjnesh Dabas, Assistant Attache at the Embassy of India in Moscow 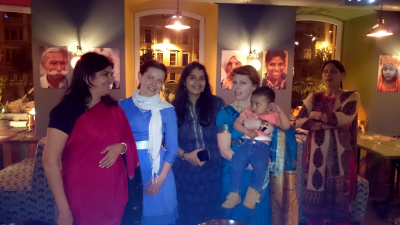 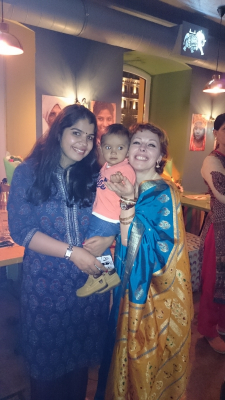 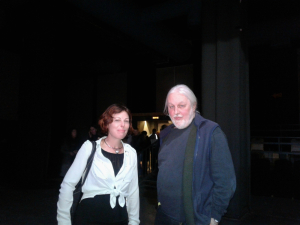 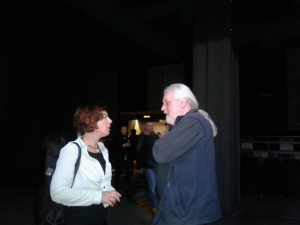 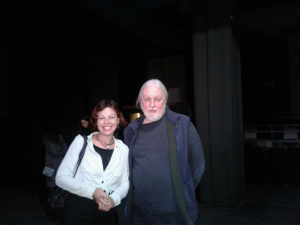 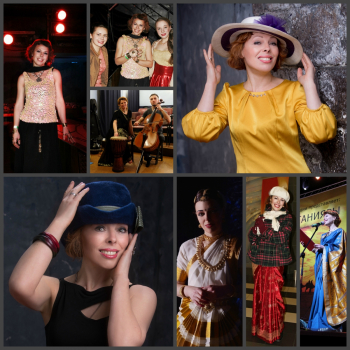 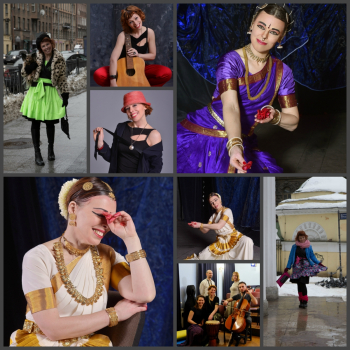 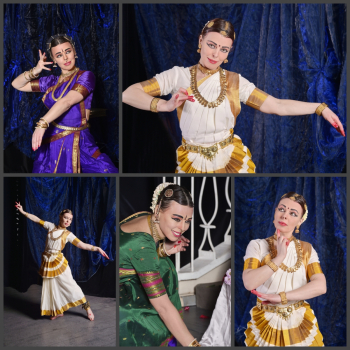